Rodney Lawrence Hurst, Sr. is a civil rights activist, a Black historian, and the author of two award-winning books--It was never about a hot dog and a Coke®! A personal account of the 1960 sit-in demonstrations in Jacksonville, Florida and Ax Handle Saturday, and Unless WE Tell It…It Never Gets Told! which deals with Jacksonville Black History, Jacksonville's Civil Rights History, and Confronting Racism.

It was never about a hot dog and a Coke®! recounts with clarity the segregated civic, the segregated political, and the segregated educational climate of Jacksonville Florida in the 1950’s and the 1960’s.  Hurst, a native of Jacksonville and a 1960 high school graduate of segregated Northwestern Junior-Senior High School in Jacksonville, was the sixteen-year-old President of the Jacksonville Youth Council NAACP and was one of the leaders of the 1960 sit-in demonstrations. He tells the real history of the bloody events of August 27, 1960, when 200 whites with ax handles and baseball bats attacked members of the Jacksonville, Florida Youth Council NAACP who were demonstrating peaceably at White lunch counters in downtown Jacksonville; and also attacked anyone Black in downtown Jacksonville.  The press calls that day Ax Handle Saturday. Due to the “blackout” of news during those days of segregation, Hurst’s book detailing his eyewitness account is the only historically accurate description of the 1960 Jacksonville sit-ins and Ax Handle Saturday.

It was never about a hot dog and a Coke®! is the winner of more than a dozen awards, including the 2008 USA National Best Books Awards national book competition First Place Gold Medal Award for Multicultural Nonfiction, the 2009 Florida Book Awards Bronze Medal in Nonfiction, The 2008 Sabrina Best Book Awards for Non-Fiction national book competition, and the 2009 Independent Publisher’s Silver Medal for Best Regional Non-Fiction book competition. His book was also recognized by the Florida Historical Society with its First Annual Stetson Kennedy Award.

Hurst’ second book “Unless WE Tell It…It Never Gets Told!” published in January 2016 relates stories of notable Blacks of Jacksonville who impacted this city and the country, relates stories of America’s Black History, and relates stories of the historical fight against Racism. It was recently honored as one of five finalists for the 2016 Multicultural Non-Fiction Award by the National Best Books Awards national book competition; and the 2017 Jacksonville Historical Preservation Commission Award.
The documentary, Ax Handle Saturday: 50 Years Later, is based on his book.
Hurst’s leadership as a teenager during the Civil Rights Movement is also the subject of a chapter in the Scholastic book, Ten True Tales: Young Civil Rights Heroes written for Third Graders to Seventh Graders and ages 8 to 12.
In addition to his involvement in the Civil Rights Movement, Hurst served two four-year terms on the Jacksonville City Council. He is responsible for a number of “firsts” in the Jacksonville Community: he was one of the thirteen original national recipients of the Corporation for Public Broadcasting Television Fellowships; he was the first Black to co-host a television talk show in Jacksonville on PBS Channel WJCT; he was the first Black male hired at the Prudential South Central Home Office in Jacksonville, Florida; and he was the first Black to serve as the Executive Director of the State of Florida’s Construction Industry Licensing Board. A Silver Life Member of the National Association for the Advancement of Colored People (NAACP), Hurst is involved with a number of Boards and Agencies in the Jacksonville Community. Hurst serves as an adviser to the Center for Urban Education and Policy at the University of North Florida.

Hurst nominated his Eighth grade American History teacher, The Jacksonville Youth Council NAACP Adviser, and his Mentor-Civil Rights Icon Rutledge H. Pearson; and he also nominated his longtime friend and Civil Rights Icon Dr. Arnett Girardeau, for induction in the Florida Civil Rights Hall of Fame. Pearson was inducted in 2016 and Dr. Girardeau was inducted in 2017. He was the keynote speaker at 2020 Dr. Martin Luther King Jr. observances in Daytona Beach, and St. Augustine. 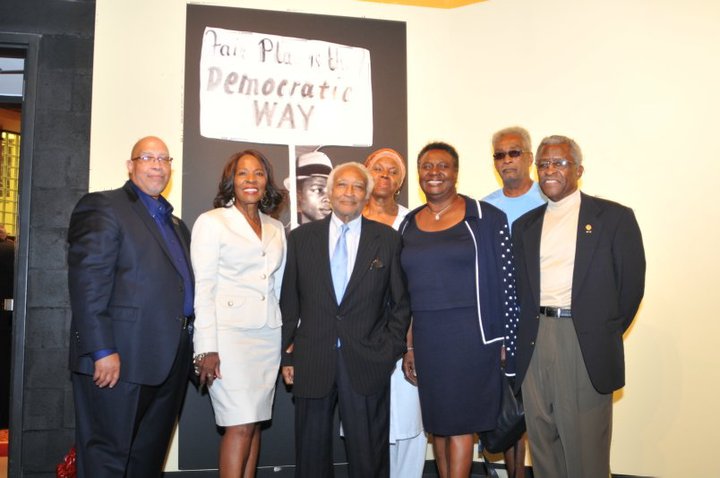